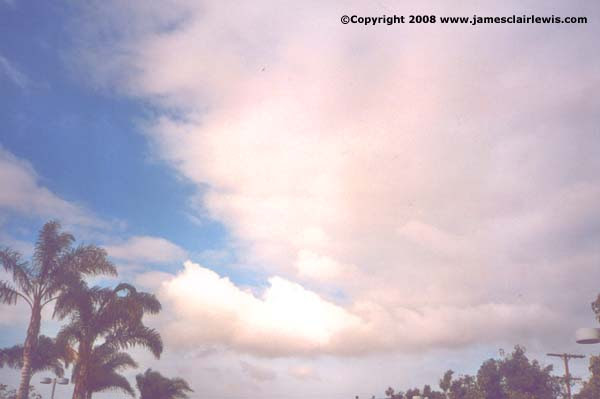 I believe it was in the Spring of 1976, when I left Reno, NV on a journey. When I got to the beginnings of the Sierra Nevadas, I went off-road to walk over the mountain range. I followed no roads or paths made by humans, but instead used the natural contours of the land, and the trails that animals had made.

It took about two weeks, and I had a big stash of trail mix, plus rice & beans. I supplemented this with wild etible weeds, and got water from various mountain streams.

After a few days, I spotted a wolf far above me on the mountain. The next day I saw him again, but much closer, perhaps a mile away. On the third day, I was walking along chanting Mantra, when the wolf appeared before me across a meadow. He turned his head, signalling me, so I followed where he went. Whenever I got as far as I could along the way, but was about to lose the trail, the wolf would appear again to lead me where he wanted me to go.

Finally, I came to another meadow which had a large flat boulder at the far end. I climbed up on the low boulder & sat, waiting. Presently, the wolf came along, & we sat together for a few minutes. Then the wolf let out a call, and the rest of the pack appeared, and formed a semi-circle before me around the rock.

He growled, so I stood up & spun my staff over & around my head once, and then sat down, placing the staff back on the rock beside me. This told them that I could fight, but I wasn't interested in that at all. I wanted friendship & respect.

They must have understood this, because the next thing they did, was to begin singing. I joined in with them, and we made quite a chorus together. I believe they were considering the possibility that I might join them as an honorary guest of their pack.

Then some hunters came along, and began firing into the air. As the wolves disappeared into the forest, the alpha male looked at me, and I got the vibe that I could run with them, if I could keep up. Well, I can't run that fast, or as long...

The hunters seemed to think that they had just saved my life, but I think that they had botched an opportunity for me. I continued down the mountain trails & soon found that I had successfully crossed the Sierra Nevadas into California on foot. I never saw those wolves again, but I will always remember that meeting, & I hope the wolves recounted it among themselves, as well. 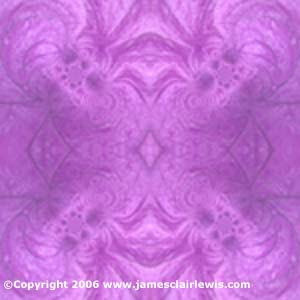 Posted by The Gaian Dragon at 3:53 AM No comments: 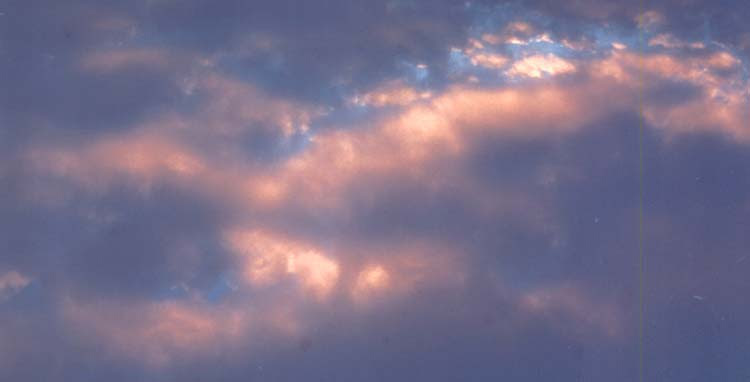 Posted by The Gaian Dragon at 4:09 AM No comments:

THE BOY AND THE WOLF

Fleischer Cartoons - The Song of the Birds

Fleischer Cartoons - Ants in the Plants

Posted by The Gaian Dragon at 4:01 AM No comments: 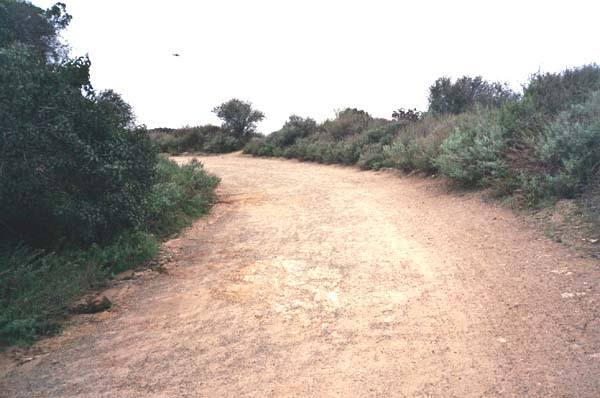 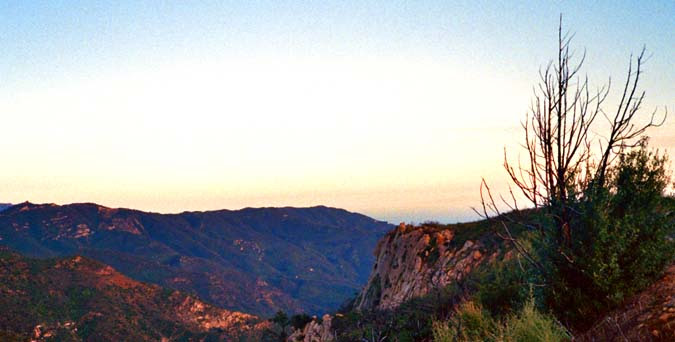 Daniel Suarez: The kill decision shouldn't belong to a robot

Manal al-Sharif: A Saudi woman who dared to drive

Didier Sornette: How we can predict the next financial crisis

Joseph Kim: The family I lost in North Korea. And the family I gained

Peter Attia: What if we're wrong about diabetes? 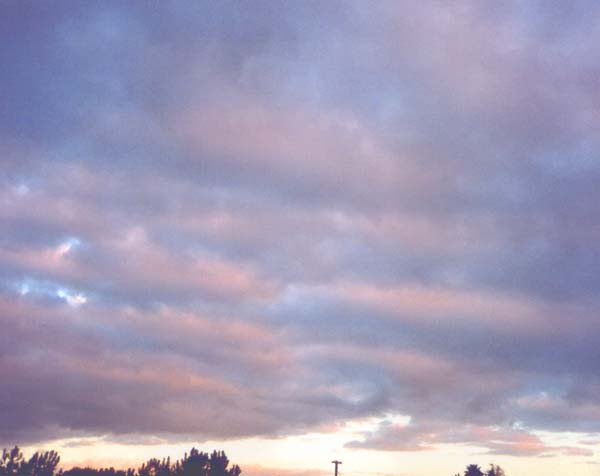 Posted by The Gaian Dragon at 6:19 AM No comments:

The Gaian Dragon I Ching Calendar : Week of Power

The Gaian Dragon I Ching Calendar

Power comes from within, and implements change without

Prepare to change. Maintain the attitude of Innocence. Retreat for understanding. Cultivate Grace. Think things through. Do not give up

Stick to it. Imagine Abundance. Exert Control. Work for Peace. Strive for the Breakthrough. Enjoy Success

Use Power to Create


Rise to the occasion.


Learn to change without.

Do not begin before you are ready. Be careful. The Bees work. Do not count upon the success of all of your projects. Do the best you can anyway. Good luck. When retreat is essential, it may be necessary to cooperate with your adversaries for the time being. Be sensible! Follow the warnings of your Intuition. Conserve your resources, and wait. Be aware. If you truly know yourself, you will be able to live without blame. Good Luck! Do not allow negative thinking to hold you back. Look ahead!

Make certain that you will complete the projects you have taken on. Be real. Take care of the Bees. You must adhere to the Truth, when an adversary comes between you, and the ruler. Be Real! Do not lose control by selling yourself short. Be confident! The Butterfly joins the party. In a time of Peace social distinctions are relaxed, and people mingle freely. Great Good Fortune. Be firm and resolute when disassociating yourself from negative influences. Be real. All situations serve to Enlighten those who are devoted to Truth. Supreme Good Fortune.

Top : Consolidate your position after succeeding with leverage, then take a rest. Meditate.

5 : A cooperative arrangement is beneficial to all concerned. Great Good Fortune.

4 : The Butterfly joins the party. Explain your position with sincerity and discretion. Good Luck.

2 : Take care of the Bees. Do not expose yourself as a target before overwhelming force. Withdraw, and await the time for action. Think.

1 : Follow the Middle Way. Pursue your goals after organizing your methods. No blame.

Click here to read about the Week of Power 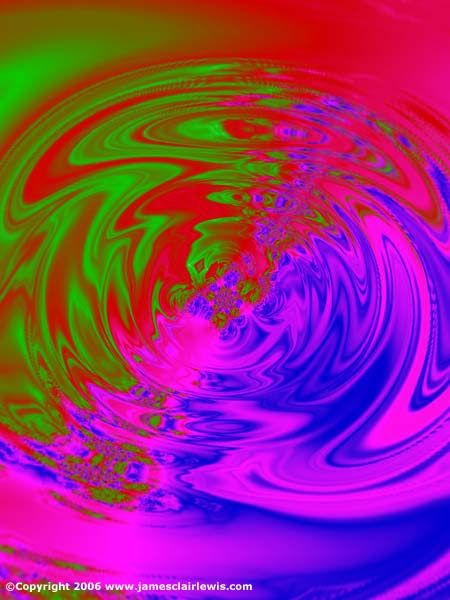 Posted by The Gaian Dragon at 3:28 PM No comments: 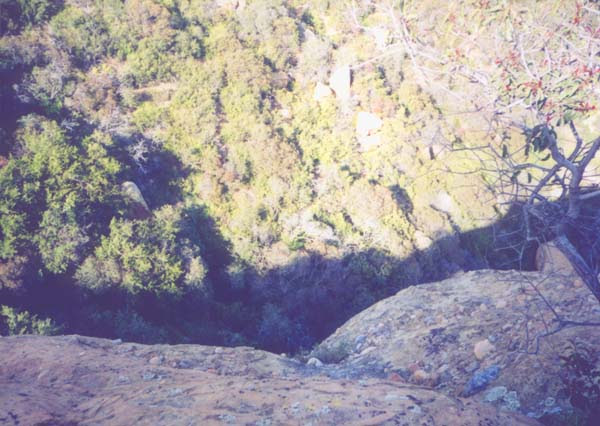 Posted by The Gaian Dragon at 5:41 AM No comments: 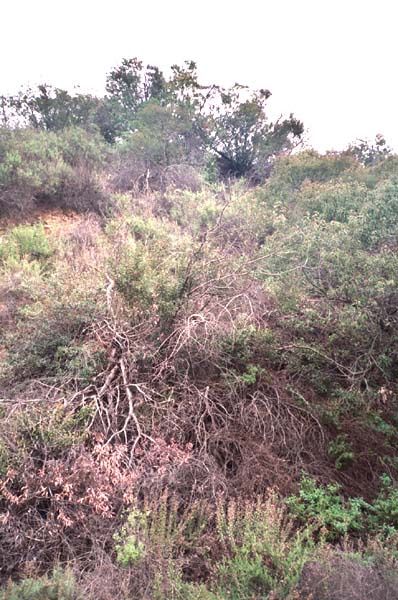 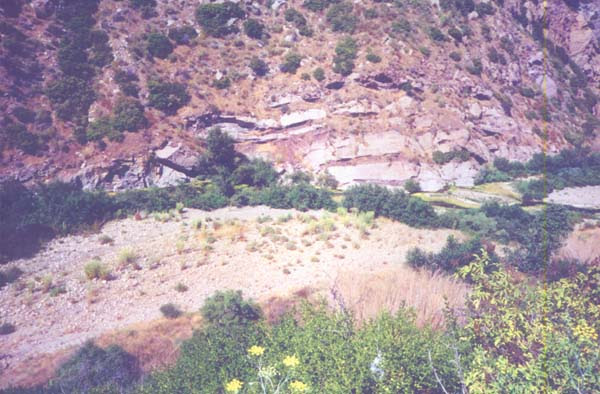 Jeff Beck & Joss Stone - I Put a Spell On You Live

Jeff Beck - How High the Moon 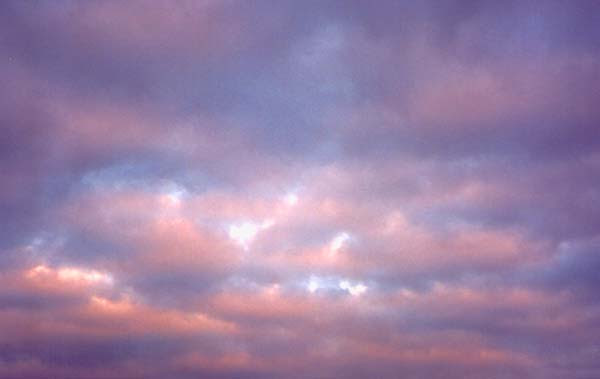 Posted by The Gaian Dragon at 5:34 AM No comments: 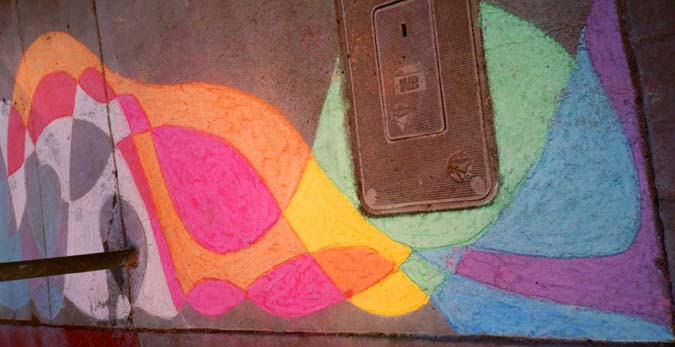 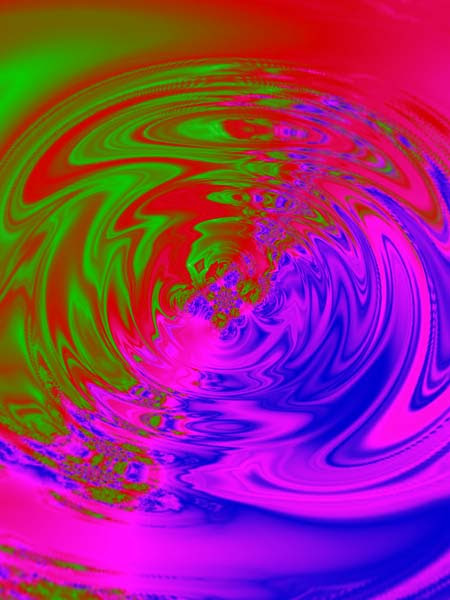 Rain harvesting ... It's about time I did this!

Learn how to Make a Bunyip Water Level with Brad Lancaster 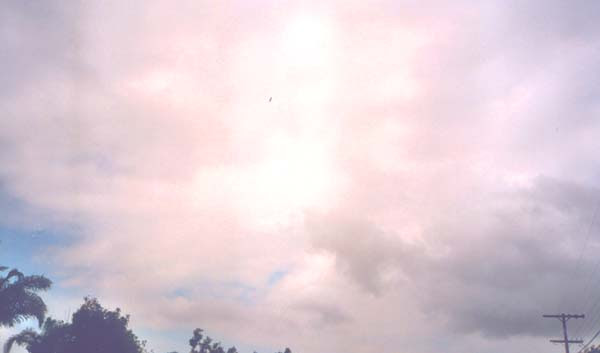 Posted by The Gaian Dragon at 6:28 AM No comments:

So your Ex was a no good, cheap, abusive, unfaithful, fink?

This Valentine's Day you can give your Ex a full body massage, with a deep-down, tingly, sensation that they will never forget.

The Gremlin's original Poison Ivy Massage Oil is made from the 100% pure essence of organicly grown Poison Ivy, and meets no FDA specifications whatsoever. However, it is highly regarded by the CDC.

You can't buy this in stores, but you can purchase some online from Dr. Karl Pavlov's Institute in the Cayman Islands... where he might still be hiding out.

Be sure to use the rubber gloves.

Posted by The Gaian Dragon at 3:58 AM No comments: 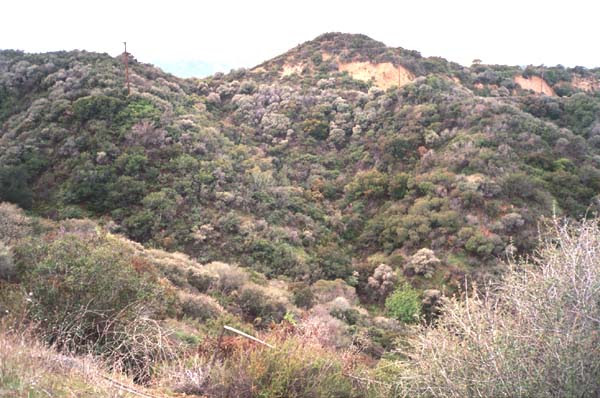 Posted by The Gaian Dragon at 2:39 AM No comments: 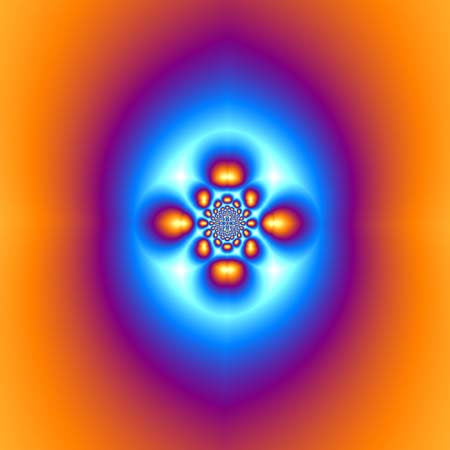 Song of the Executioner

Take Back the Night 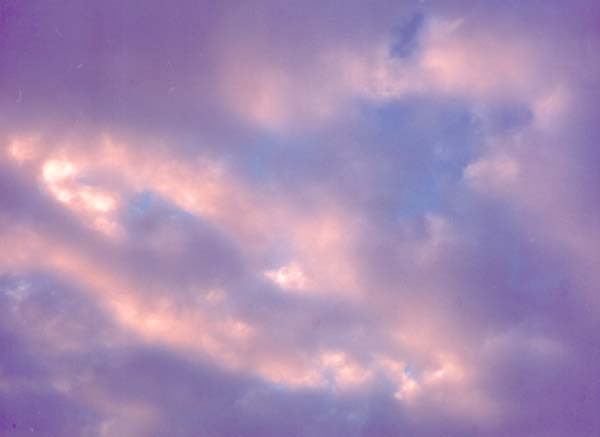 Posted by The Gaian Dragon at 2:25 AM No comments:

How to grow Mushrooms 3 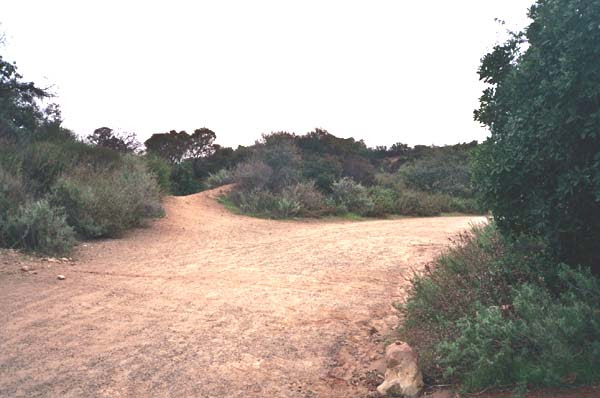 How to grow Mushrooms 3 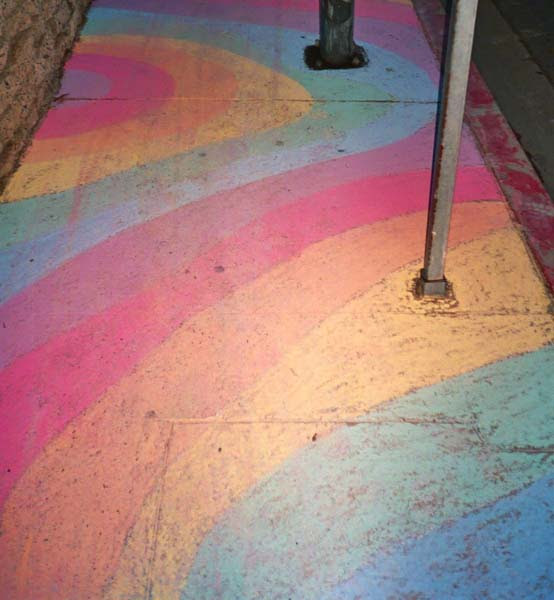 How to Grow Mushrooms

How to grow your own Mushrooms, simple instructions

DIY - How To Grow Gourmet Mushrooms At Home - Mushroom Farming

DIY - How To Grow Gourmet Mushrooms At Home - Mushroom Farming

How To Grow Mushrooms At Home - Mushroom Farming part 3 Posted by The Gaian Dragon at 4:11 AM No comments:

The Gaian Dragon I Ching : Month of Breakthrough

The Doors - Break on through (to the other side)

The Gaian Dragon I Ching Calendar

The Breakthrough is the turning point of change

Be Creative. Understand good Conduct. Be open to Meeting. Love your Family. Rid yourself of negative thinking. Be a source of Deliverance


Rise to the occasion

Wait while the Dragon sleeps. Before you begin, meditate, and form a clear plan of action. Think. Persevere on your tasks. Maintain a low profile. Good Fortune. Everything falls apart! Do not proceed against reason! Misfortune! Great Good Fortune comes from fulfilling your duties in the family. Be real. Strive to be the center of union, when everything is splitting apart. Good Luck! Do your best! The Dragon is prepared in advance, and therefore fears nothing. Give it a shot. Go for it!

Use extreme care in the making of plans. Be Aware. When the time comes, mobilize your forces for action. Be Aware! Superficial joy brings nothing but misfortune. Be real. Pay attention to advice, and you will not be isolated in the midst of struggle. Strive for clarity. Think! A cooperative arrangement is beneficial to all concerned. Great Good Fortune. The evil dragon flies towards disaster! Destruction awaits those who misuse their power. Misfortune!

Top : The Dragon slays the serpent. Resolutely confront and discredit negative influences to prevent problems in the future. No Blame.

5 : Be firm and resolute, when disassociating yourself from negative influences. Be Real!

4 : The Wise listen to advice. A fool cannot learn anything from anyone. Think!

3 : Keep silent and follow your chosen course. Difficulties, but no blame.

2 : Calmly assume responsibility in the time of crisis. Be Aware.

1 : Do not begin before you are ready. Be careful.

Click here to read about the Changes for this Month

The Five Weeks of Breakthrough

These animated Moving Mandalas are very large files. Please click on the pic, and wait for it to load. The Contemplation will be very enabling, carrying your Mind beyond the mundane world... 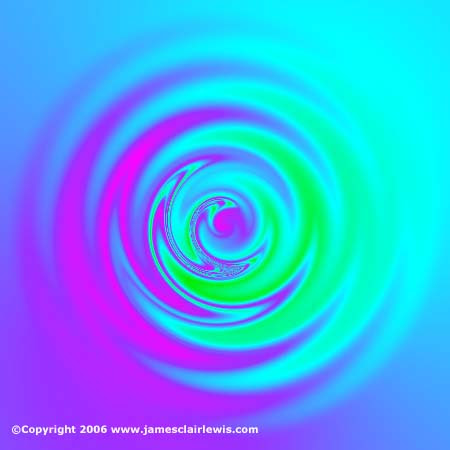 Posted by The Gaian Dragon at 3:02 PM No comments: