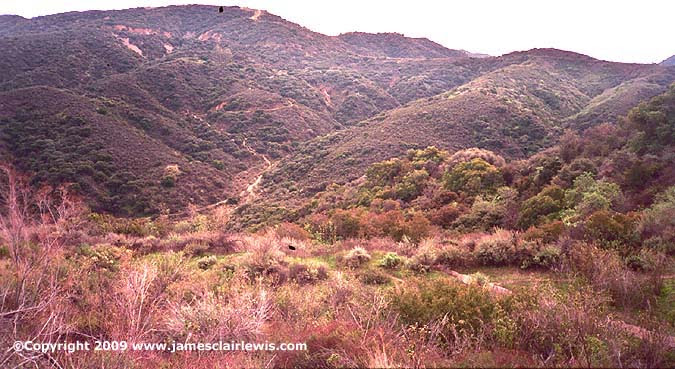 The Fabric of the Universe is bound together by the Energy of Life, woven through the dimensions from the macroscopicly large to the microscopicly small. This is a Cosmic Consciousness containing its own living Universe. Our Universe, in which we live.

Now consider a multidimensional Mandelbrot of Budding Cosmic Consciousnesses, each unique with its own living Universe and Laws of Nature. This is how it is : A Grand Pattern repeating within itself with Order arising from the individual differences which occur within the eddys of the streams of Time : A Transcendental Being containing all possible Universes within itself, and it is in motion, changing as it goes along.

Once upon a time there was this guy who had a dollar in his pocket, but he had forgotten that it was there. Then The Lord came unto this guy, and He spake unto him, saying, "Worship me as your Personal Lord and Savior, and I will put a dollar in your pocket!"

Well, the guy happened to need a dollar, so he accepted The Lord as his Personal Lord and Savior, and when he reached into his pocket, he found the dollar that had been there all along.

You know how to tie a knot. Visualize a tunnel with ends opening up and facing each other. Take the right hand path. It curves gently to the left and there are stairs going up. At a certain height the roof of the tunnel opens up with the sides being some four feet on either side. From here you can see all around you.

Now the stairs go down again, curving gently to the right, and the tunnel closes up again over your head as you descend the stairs. When you get back to ground level again, the tunnel moves forward, and then begins to curve around to the left.

You have just walked through a knot.

I should like to construct this thing. It is a simple labyrinth in three dimensions, and ought to be a great problem solver. Concrete set in sacks, and layered on like large bricks, ought to do it. A layer of stucco should make it all smooth. I would paint the whole thing inside and out with a primer coat of white. Then I would draw long overlapping and entwining curves of sine waves, and spirals about it. These I would paint in a six color spectrum of pastels

There are two completely enclosed areas inside. These would make nice herb gardens. The first one would need two archway entrances from either side of the tunnel. The second one would have a single entrance positioned in the middle of the long curve. Opposite that one, I would have a set of stairs leading up to another viewing area.

One thing I would not do, is to have the tunnel all round with a slope instead of stairs. I'm pretty sure somebody would wipe out badly on a skateboard! OUCH!!

So maybe it should just be a garden pathway with two sets of arching stairs going up and over the path. That would be a pretty nice view

Posted by The Gaian Dragon at 3:47 AM