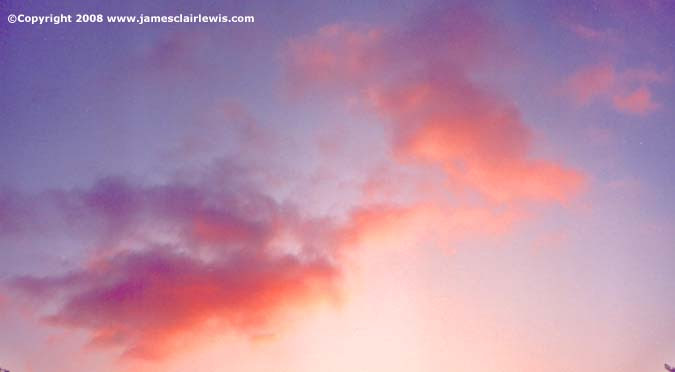 God is Reality, & Reality is God.There is no beginning or end to Reality. God encompasses all directions & conditions. The three attributes of Consciousness, Form, & Substance, permeate all of Reality. Consciousness is the organizing quality of God. The arrangements of molecules in a crystal is an example of consciousness in so-called dead matter. Consciousness manifests through Form. All shapes are, in fact, fields of energy. The organs of the human body take their shapes from fields of very subtle energies which allow us as Spiritual Beings to exist in the material universe. Substance is that which is organized by Consciousness & shaped by its Forms. Substance permeates Reality. There is no Void or Emptiness. Matter is created in the physical plane where the field energies of the higher planes intersect. The ancients called this basic substance the Aether. Now contemporary scientists speak about virtual particles which fill the space within & between atoms, and also act as the stuff from which the elementary particles are created. it is quite likely that they are talking about nearly the same thing.

The first of the Seven Cosmic Laws of our Universe is known as Parallelism. All phenomena exist in parallel with each other & have correspondances between them. "As Above, So Below." Everything is connected to everything else, in one fashion or another. This is known as Oneness. Patterns of manifestation on a Transcendental level have correspondances in the lower Planes of our Universe. Because of Parallelism, it is possible to reason from one event to the next, or to develop language which describes the world we live in. We can learn much about God by studying Nature, & by knowing God, we can discern the operation of any field of knowledge.

The second of the Seven Cosmic Laws is Polarity. Everything has its opposite, & opposites manifest with a spectrum of polarities between them. Land has valleys as well as mountains. Magnets have opposite poles. People possess varying degrees of strength, intelligence & wisdom. Yin is complemented by Yang. Harmony is achieved by establishing & maintaining equilibrium between opposing forces. The interaction of Parallelism with Polarity results in the phenomena of reflections. Just as a mirror absorbs, refracts, & distorts the light that it reflects, so also can the reflections of Truth be very murky indeed! Supreme clarity of mind is required to discern what is actually real.

The third of the Seven Cosmic Laws is Motion. Movement is inherent in the fact of Creation. The interaction of the Cosmic Laws is a dynamic motion which generates the patterns of Life. Everything is moving. There are no static conditions within our Universe. Space & time exist because of motion. At great acceleration or in close proximity to great concentrations of mass, time slows down, & space contracts. Once a thing has been set into motion, it will continue its course forever unabated, unless another force is brought to bear upon it: either changing its trajectory, type of motion, or altering its nature. This is the principle of inertia which guides all kinds of motion whether physical or spiritual.

The fourth of the Seven Cosmic Laws is Oscillation. All phenomena oscillate according to the qualities of their motions. Oscillation along a basicly straight trajectory is known as vibration. Oscillation along a basicly circular trajectory is called a cycle. The various frequencies of Light & sound are said to vibrate, while the cycle of the four seasons is created by the Earth's orbit around the Sun at an angle. The repeating cycle of Life & Death is known as reincarnation. However, from a Transcendental perspective, the total of your incarnations may be as events in a single life, like a succession of days & nights. Great power can be obtained through the mastery of vibration in the fields of thought, & sublime insight can be attained through the understanding of the patterns & rythyms of Life.

The fifth of the Seven Cosmic Laws is Attraction. Positive attracts negative. Motion along the spectrum between opposite polarities proceeds from the negative towards the positive. Lightning is a good example of this in the world of nature. In human life there is the evolution from ignorance towards knowledge. We all grow from experience... at least we do, if we are to survive. The attraction of negative toward positive generates a great deal of friction, competition, & struggle (entrophy). This is neither good nor bad.. it is simply the way of this world. Severe conflict can be eased by equilizing or balancing the power of opposing forces. It is also true that things possessing the same qualities of polarity & vibration tend to repel each other. From this arises individuality which is a reflection of the Oneness of Transcendental Infinity into the finite reality of the World of Nature.

The sixth of the Seven Cosmic Laws is Gravity. Things which are in harmony, gravitate together. It is a phenomena of attunment, & with things that are in harmony, what affects one, will affect the other in the same way. Consider the process of tuning a guitar: when a string is set at the correct pitch, it will sound or vibrate when you strike the tuning fork. Mass determines the degree of gravitation between material objects, but it is the force of thought which can be used to gravitate desired conditions into your life. Be aware of how you think: dwelling upon disaster or things that you fear, has an equal power of gravitation as positive thinking. To know the Truth, you must embody it in your life, then you will be able to recognize Truth wherever it may be. Attunement with the Divine Mind (the Seven Cosmic Laws) will enable you to perceive the Ultimate Principles of Reality, & receive Divine Knowledge concerning all things.

The last of the Seven Cosmic Laws is the culmination of the previous six. It is known as Karma: the law of cause & effect. Every cause has its effect, & every action brings its reaction. What you do, will come back to you. This implies that the nature of the Universe is cyclical, & that every beginning results in an ending which forms the basis for a new beginning. The Big Bang which started our Universe some 20 billion years ago will eventually lead to a collapse of all matter into a tremendous Black Hole at the end of Time. From this, will emerge a New Universe on a higher scale structured by different Cosmic Laws. Karma is primarily a Spiritual Law, rather than a physical one. Cause & effect for an individual manifests as states of mind & attitudes towards Life which then act to make various situations & conditions occur. Since we are all co-creators of the world we live in, it is our collective activity which makes things the way that they are. In this unenlightened world, disasters fall upon everyone with more or less equal force. You may or may not be responsible for the hand that Life has dealt you, but you are responsible for how you play it.

Within you exist (at least potentially) all of Qualities & Powers of the Creator. The seven Chakras or great energy channels within you correspond directly with the Seven Cosmic Laws of our Universe. As you evolve Spiritually, these channels will open up, & the Cosmic energy will flow through you. While Insight comes in a flash, Wisdom accumulates gradually. It requires the patience, perseverance, & dedication of a lifetime (or many lifetimes) to attain. This is known as the Mastery of Life! Now go, and live your life, and live it well, with kindness & good humor. Be creative, and always remember that what makes it all happen is Love. 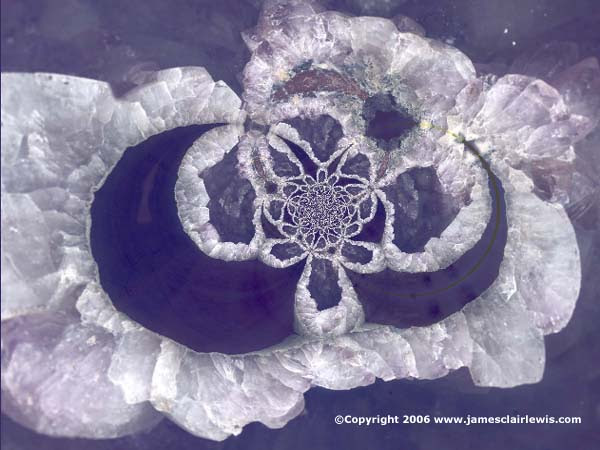