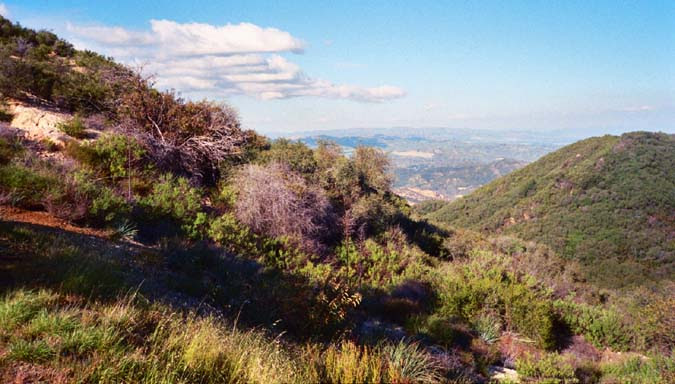 During Star and Planetary formation processes, it happens that some new planets get thrown out of a solar system by gravitational forces. These become lifeless planets floating out in space. Currently, our scientists estimate that there are more of these rogue planets in our galaxy, than there are stars.

Since they are plentiful, and have all of the elements needed for construction, they are hollowed out, and used for mobile habitats known as Motherships. Many Motherships can be made from a single rogue planet. Perhaps the most popular design is the Torus, although other models are sometimes used.

There is plenty of room for islands, mountain ranges, and whole continents. Motherships are very big. Now remember that the inside of the torus is a hollow and three dimensional space. Exactly midway between the inner and outer rings of the torus, a small artificial sun is set in orbit to go around providing light. The inner ring of the torus is made just large enough for this small artificial sun to light half of it at all times, giving the inner ring of the torus a comfortable night and day cycle approximating Spring. That means that the outer edge of the inside of the torus, (which is generally all ocean), gets a much longer light cycle, something like Summer. You do the Math, figuring that the proportion between the inner ring and the outer ring is the critical factor.

As I said above, Motherships are very large, and can easily accommodate populations on an average of 10 billion inhabitants, with lots of empty land for mountain ranges and vast forests. It takes about 1000 years to construct a Mothership. Then it needs to be seeded with the basics of life, micro-organisms, algai, etc. Then corals for reefs, and simple fungi, plants and animals. More complex lifeforms are added as the total ecology can handle them. One 20,000 or more years are usually set aside for the habitat to fully ripen, and be ready for colonization by intelligent inhabitants. That's actually pretty quick in geological terms. Does this give you an idea of the scale of long range planning used by Civilization?

Motherships are completely self-contained habitats, but they can be moved anywhere, if the inhabitants see a need. It is customary for a Mothership visiting a solar system, to park about one astronomical unit away from the solar system's sun, and above the plane of the solar system's planets. This gives the inhabitants easy access to whatever they might want to visit in that solar system, while keeping the Mothership completely out of that solar system's debris field. So if somebody decides to visit us, you would be able to see it at about a 45 degree angle above the Sun, as a new planet in the sky. A telescope would be needed, most likely, to view it as a ring.

Best viewing times would be before and during dawn, or at sunset and awhile afterwards, since it is not likely to be bright enough to be seen at noon. 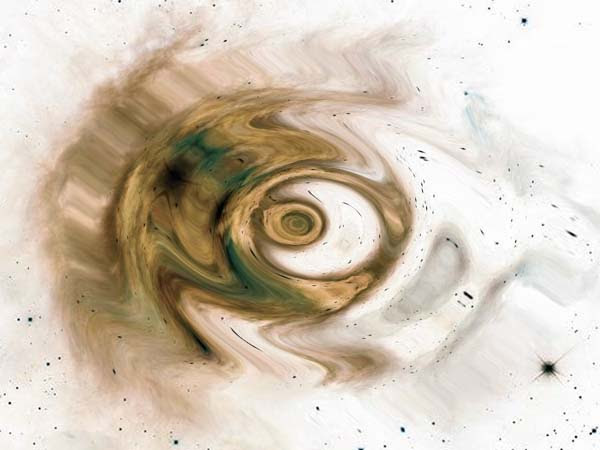 Posted by The Gaian Dragon at 5:55 AM