Vangelis : Dream in an Open Place 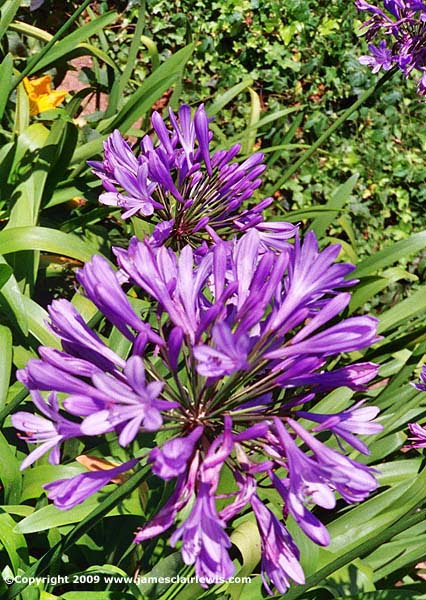 This short story was written cooperatively by me, and my Garden

There was a little boy who came to live with the old man and the old lady every Summer. He was their grandson, and the rest of the year, he lived with his parents in the city. The little boy liked the city where he lived most of the time, because that was mostly what he knew, and because his parents lived there, and his parents were rather nice people. BUT, the little boy loved spending Summer with his grandparents out in the country. Here he could breathe clean air, and run about inventing games to play in the woods.

There was one who was special to him, and this was an apple tree. It was beside this apple tree, (and sometimes up in its boughs), that the little boy went to read books. These books carried him away to far lands and places that only exist in Imagination. The apple tree enjoyed these stories very much, watching the images flicker across the little boy's mind in the journeys one can only embark upon through books.

Nothing lasts forever in this world, and one Winter the old man and the old lady finished their happy lives quietly in their sleep. The little boy and his nice parents were greatly saddened by this, but it is something that all mortals must deal with at some point. The little boy's parents couldn't afford to hold onto the grandparent's home, and so they sold it, and the happy garden, to some other people.

These people were not happy people. All that can be said of them, is that they went to Church every Sunday, and spread lots of gossip about the immoral behavior they believed their neighbors were engaged in. They did not tend the happy garden. Moreover, they never figured out why the happy garden stopped being happy. It ceased to flourish, and gradually began to fade away. The fruit trees tried hard to keep the happy garden happy, but what could they do? A lawn had replaced the happy garden, and these unhappy people never even picked the fruit. Instead, they let the fruit fall, and rot. Then, they complained about the mess, and the noise of the birds.

The little boy continued to live in the city, which he liked a lot, but he sorely missed his grandparents, and the happy garden, especially in Summer. He consoled himself by growing many things in containers out on the patio. Here he kept the memory of the happy garden alive in his Heart, and among the plants lucky enough to have him tend them.

Gradually the little boy grew up, and became a man, and made his own way in Life. He became a software designer, and was very good at it. He especially liked this work, because he could do it at home, which left him time to enjoy and care for the plants he always had in pots & containers. He met a very pretty girl, who was also a software designer, and who also loved plants. Seeing that they were a perfect match for each other, they got married, and merged their software businesses.

It was a great success, because they worked very hard at it, and the time came, when they saw that they could afford to raise a family of their own. Since they both worked online, and never had to commute, they decided that they could move out to the country. That is when the young man remembered his old grandparent's place, and the happy garden. He & his wife drove out to the country to see this place he had spoken of every so often. They wanted to see how it was doing now.

What they found was rather disappointing. Neglect had set in, and several of the fruit trees had died. Also, it was much smaller than the young man had remembered it to be. However, his wife was very keen. She spotted a For Sale sign, not only on the property his grandparents had owned, when it was a happy garden, but also on the place next door.

They spoke with the unhappy people, and learned that the unhappy people no longer wanted to live there, but instead to move into an old folks home, where they could finish their days in the company of other unhappy people. The people right next door wanted to move to the city. This was perfect, so the young man and his young wife purchased both properties. They knew there would be a lot of work involved, but once they got the happy garden going again, they would have lots of good organic food to eat, and that would make it all worth it.

Her husband smiled, remenbering the good times of his childhood, addressed the tree, saying, "I have come home. We will restore the happy garden here, and on the lot next door. And I promise to make time to spend time with you reading good books again."

The apple tree was overjoyed by this, because it had always held onto hope, and the memory of the old man, and the old lady, who had once lived there, when it was a happy garden. Then the apple tree *spoke* to the lovely young Witch, saying, "Did you know you are carrying twins?"

These animated Moving Mandalas are very large files. Please click on the pic, and wait for it to load The Contemplation will be very enabling, carrying your Mind beyond the mundane world Posted by The Gaian Dragon at 6:33 AM